Illuminati tattoos have been used by many people, including the celebrities. Illuminati itself came from Italian ,which means the enlightened. But through history it became associate with a secret society, the Illuminati, which is said to be very powerful.

The Illuminati were popular in the book and the movie of the Da Vinci Code, creating popularity for Illuminati tattoos 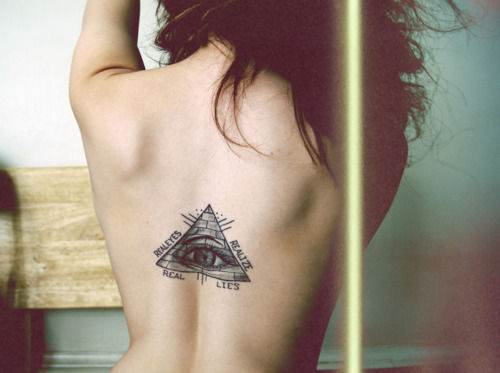 Now, many celebrities are using the Illuminati symbolism  for tattoos. Soulja Boy is one of them. He has the Third Eye Open. This is one of the symbols that is most often linked to the Illuminati. He also has the similar looking Illuminati pyramid which has no top.  This symbol also appears on US currency.

Rihanna has a tiny tilted cross tattoo. Although she said that this tiny tattoo is innocuous and can be easily hidden, some people speculate that this is actually one of the Illuminati symbols.