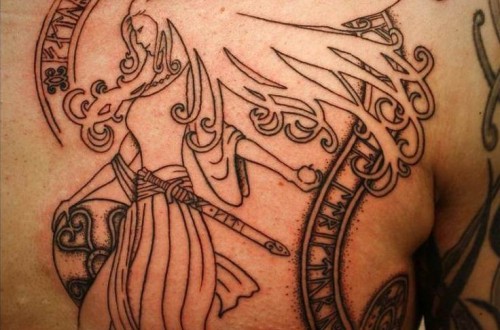 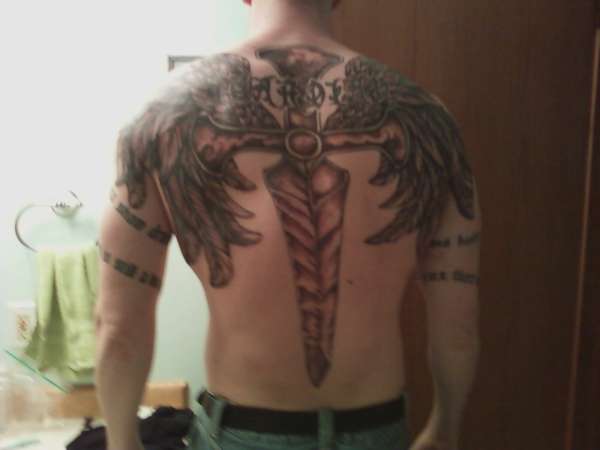 The Valkyrie tattoo carries a special protective meaning.  Originating in Norweigan mythology, the Valkyries were female angels who soared over battlefields to protected the lives of those under their favor and protection. They would bring death to those who were not.  Besides the Valkyrie tattoo meaning,  it also tends to have an attractive shape with wings that are spread widely like an angel, giving a holy image for the user. 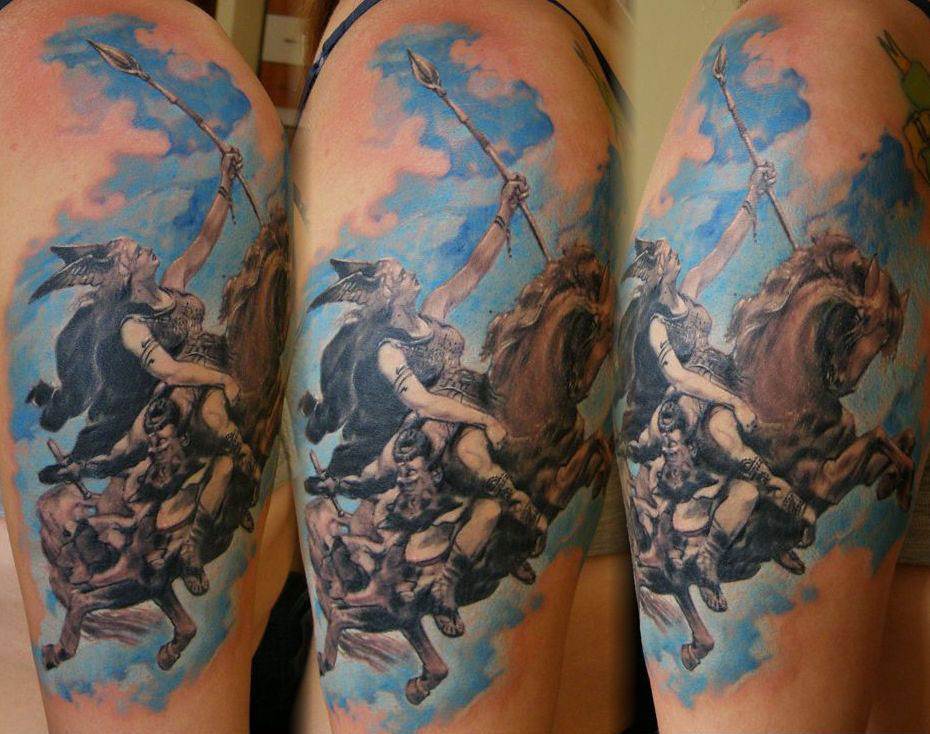 The Valkyrie is typically depicted as a woman on a horse with wings and with a singed helmet. All varying forms of wing tattoos can be used to grasp the protective meaning.

The use of wings also allows for some stunning detail in the tattoos.