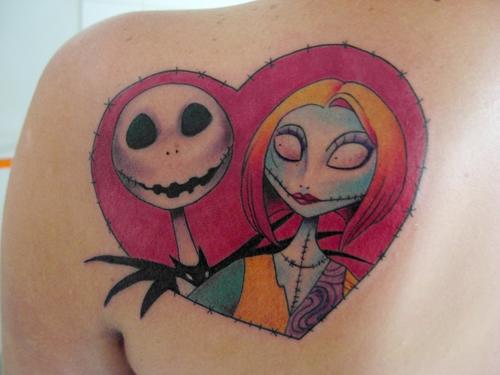 I myself like this character very much. It represents an overpowering love in the nightmare before Christmas. Skellington is the pumpkin king in Halloween town whose job it is to scare people in the world on Halloween night. He is immortal and always removes  parts of body to scare the people who met him. Yet, he is charming fellow and the movie itself is fun to watch.

There are two main opinions about what a Jack Skellington tattoo means.

1. Jack Skellington tattoos symbolize the character in a movie

This is the most basic reason for getting a Skellington tattoo.  The person is just admiring the character.

2. Jack skellington tattoos mean a good luck or something spiritual.

Some people consider the Jack Skellington character as a symbol of spiritual good luck. It has also become a gypsy symbol. 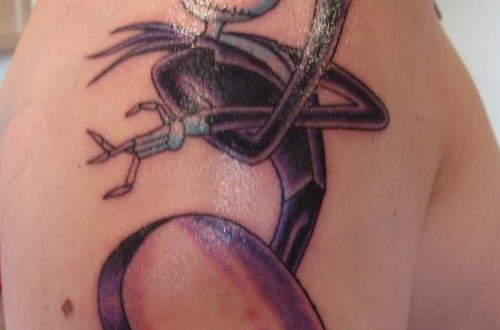