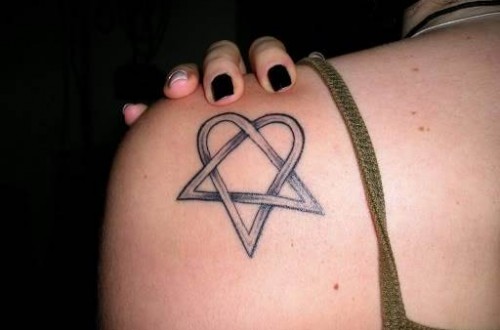 Heartagram tattoos are a symbol tattoo which was designed by Ville Valo, who stands as HIM’s vocalist. This symbol first appeared in the Heartkiller video, which had been their first single in the “Screamworks” album entitled “Love in Theory and Practice”. When you see the tattoo in their video, you will see that the Heartgram symbol incorporates a heart. 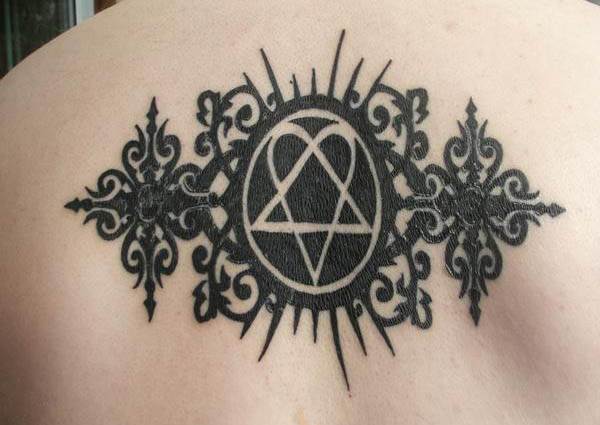 The heartogram is a “Modern Yin Yang,” and is meant to symbolize  ‘good and evil’, ‘light and dark’, and ‘love and death’.

Ville got three heartagram tattoos on his body, those are on his chest, on his lower abdomen and the last one is on his nape. Susanna, who is ville’s exgirlfriend, made him make a Heartagram tattoo on his left nipple. It’s made by Kat Von D.

Heartagram is HIM’s official symbol and is trademarked. Some say that  the Heartagram tattoos is a meaningless symbol or is fabricated. But those who choose it as a tattoo would likely beg to differ. The tattoo is generally always done in black.