We all in some or the way decide the things being in trend seeing our favourite actress’s outfit. We decide things based upon the glamour world, be it a small accessory which was not taken in to consideration till now. So let’s have a look at the best dressed bollywood actresses.

This woman has become a style iconic and has been able to make masses follow her. Being tall and fair in complexion this lady has got the guts of experimenting any damn style for herself. She looks fab in both traditional as well as western wear. She has a sense of styling in her own ways. She has also been successful in bringing back those vintage styles back in to glamour world. 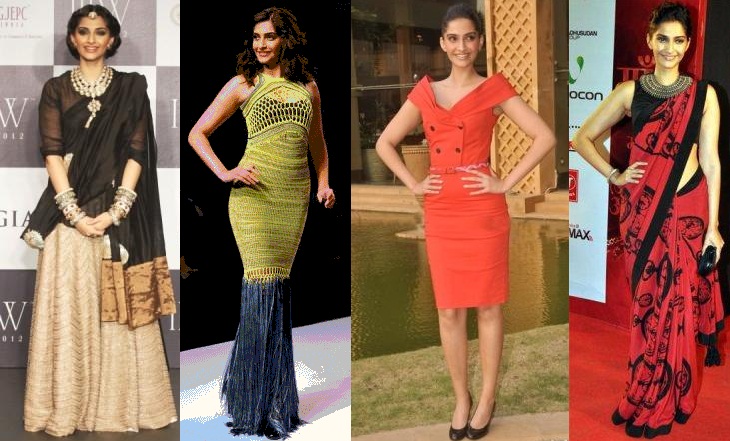 Yes we are talking about that Dhak dhak girl who has got her own style quotient. During the jhalak dikhlaja show on the week based on Costume Drama, she made an awesome appearance in her black gown. She looks the best when she is wearing a totally traditional wear with that ethnic jewellery. She has mostly made appearances in those traditional anarkalis or cholis. 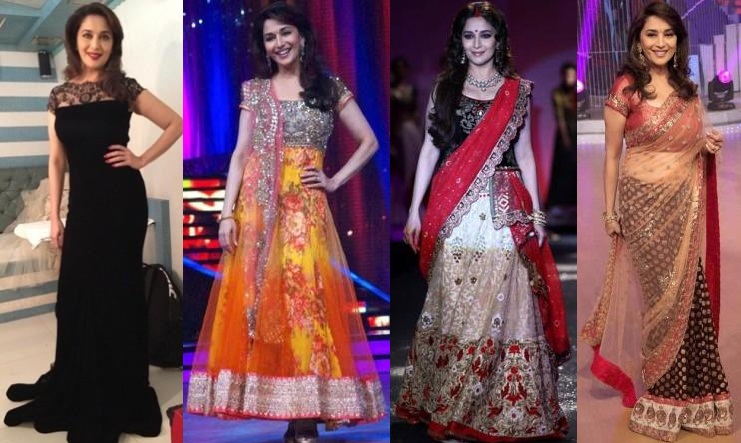 One of the most beautiful actresses who showed that no matters what you can create your own style and personality. She looks fabulous when she shows herself in those gowns and one piece. She has got a unique styling of draping sarees which adores her body and gives elegant looks to her body curves. She has been more eager to get rid of her post baby extra kilos and there she is doing the same. 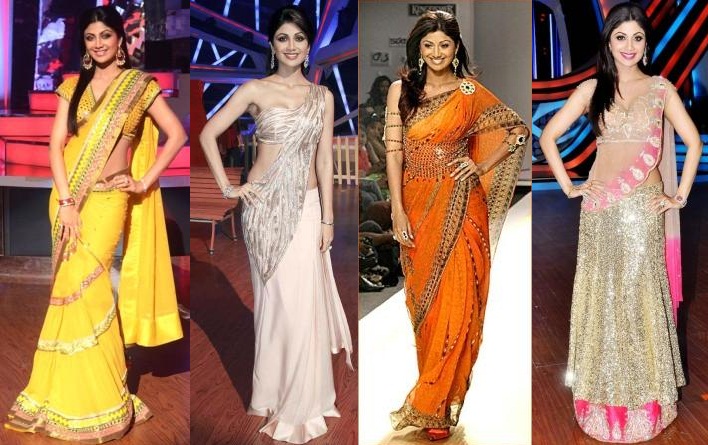 With her tall looks, she looks superb in those traditional wears. She loves to dress in those outfits which suit her attitude and body. She is mostly seen in those sarees which adores her long and slim waist. She carries personality for both traditional as well as western wear. 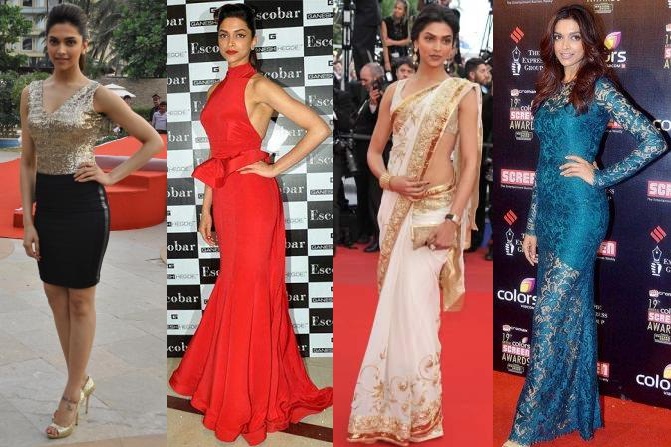 Being fashion figure for every girl, Kareena Kapoor is extremely fashionable and has very distinctly different styles. She wears a dress, gown, jeans or a saree with the same bold attitude. Some of Kareena Kapoor’s outfits are designed by Manish Malhotra. She prefer blue Levis jeans. But Kareena Kapoor looks best in Indian dresses, whether ii is a salwar kameez or a saree, Kareena Kapoor carries her clothes to perfection. 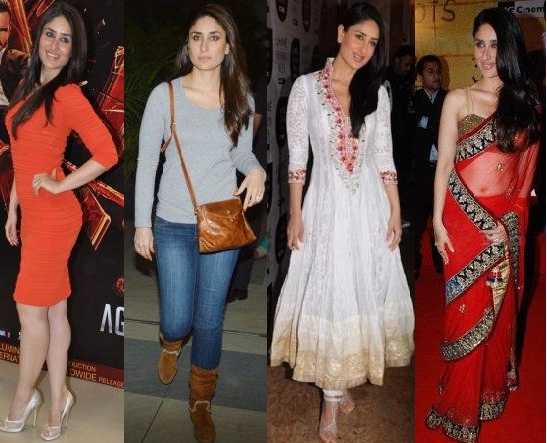 With her long slender legs, this lady is capable of making anyone flat on just one look. She mostly dresses in short outfits preferable with those heels which add charms to her long legs. Due to her long legs she looks great in those gowns as well as traditional wear. She loves to wear black the most and prefers to wear outfits from Alberta Ferreti and Gavin Miguel. 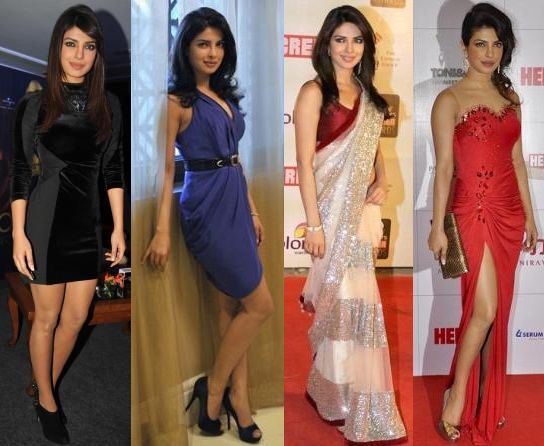 She chooses the outfit colour according to her tall looks and fair complexion which reflects her youthful side. She prefers to go for traditional wear rather than those western ones. No doubt casuals compliment her looks the most. She gives importance to the latest trends and wears according to her moods. She prefers outfits from Zara, Cue and FCUK. She is a big fan of white and you can see white ruling in her wardrobe. 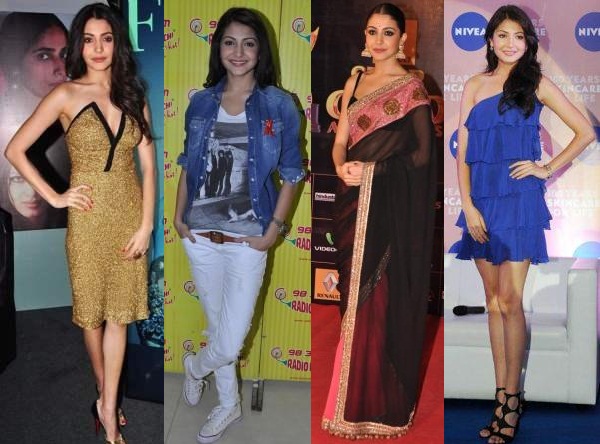