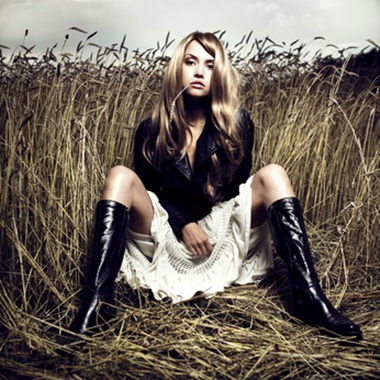 Summer is fast fading and it won’t be too long until we are plunged into winter once again. Before we know it, it will be time to put away our sandals for another year and start to take out our Autumn and Winter footwear for the cooler weather ahead. Some of 2010’s hottest footwear trends look set to return for 2011, which is great news for those who invested in durable shoes last year. Other upcoming collections involve fresh twists on old favourites that are sure to satisfy even the most daring fashionistas.

The Ugg boot has been something of a regular feature in winter wardrobes everywhere for the last few years and 2011 is going to be no different. Those lucky enough to already own a pair of uggs will have found them invaluable in the big freeze of 2010. The boots are made of twin-faced sheepskin, making them one of the warmest pieces of footwear around and are available in a huge variety of styles which make it easy to find uggs to match any outfit. Despite the enormous choice of designs, the boots retain a characteristic look that is unmistakably ugg.

Boots are set to feature strongly in Autumn/Winter fashion collections in general, with a focus on extremes rather than the mid-length boots we have seen in recent years. Thigh high boots make a welcome return; as well as being stunning to look at, these shoes are a great way to insulate your legs against the winter cold. At the other end of the spectrum, ankle boots are much less confining than full-length thigh highs while still providing a modicum of protection against the cold for sensitive feet.

Luxury fabrics are very much in this year, adding an extra touch of warmth to even some of the most daring shoes. Plush velvet is set to feature strongly and while not suitable for everyday use, it adds a touch of warmth to a special pair of shoes when you need it most. Satin will likely be another popular choice this Autumn and Winter and is perfect for situations where a touch of class is required.

Of course, these fabrics would mean little on their own without some spectacular shoes to showcase them. Platforms and wedges return once again after a few years away from the spotlight and in a wider variety of designs than ever. Spike heels will be competing with their chunky counterparts for supremacy this winter but the former seems likely to come out on top; some of the most stunning shoes in collections from Designers like John Galliano and Giorgio Armani take full advantage of spike heels.

You can find some great designer shoe deals at Shopbop.