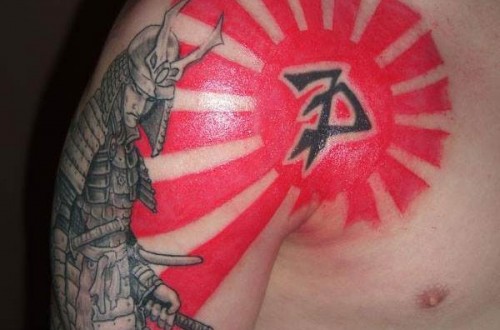 Rising sun tattoos are inspired by a past flag of Japan, with the sun rising as its symbol. The rising sun symbol has also been used on motorsport logos and in the martial arts of Japan. Japan itself is well-known as “The Country of The Rising Sun”. So, it is fairly common for people to pick the  symbol for a tattoo. However, it is not without controversy, more on that in a bit. 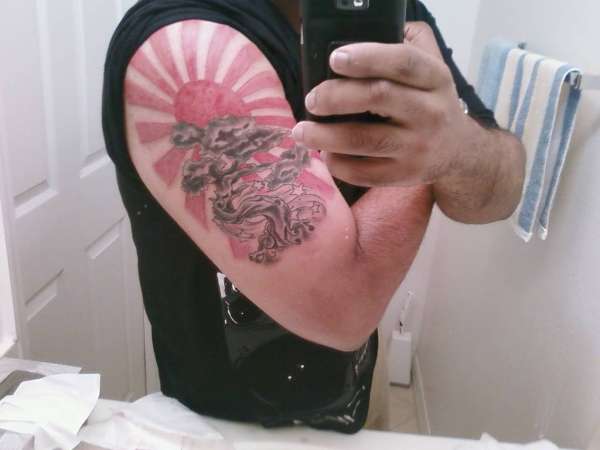 So, why consider the rising sun for a tattoo on your back? On simple answer is that the ancient Japanese flag is considered to be a beautiful design. It also conveys the local ancestry of Japanese tradition. 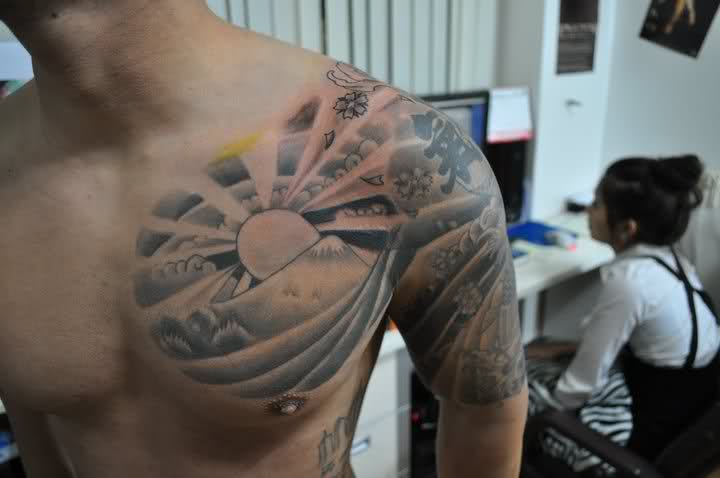 If you are the big fans of Japan martial arts, motorsport, or even the Japanese cultures itself, you may want to consider a rising sun tattoo. But, keep in mind that the rising sun tattoo is offensive to some.

The rising sun flag was a symbol of the ancient Japanese empire, which committed various atrocities, especially against women. While people tend to to not as commonly view the symbol as offensive, it is indeed offensive to some. So the controversial meaning of the rising sun is something to keep in mind.

The rising sun design works well on multiple body parts, including on the shoulder as seen above and on the  elbow as seen here. 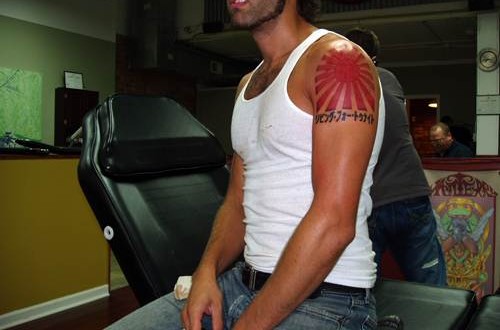 The Japanese rising sun tattoo can also be worn as a sleeve. It can also be done in black and white. Or put it on the chest. This design can combines the rising sun with a koi tattoo, which can can double up on various symbolism and meanings.