Home > Is Vaping Dangerous? Yes! Here Are the Risks of Vaping 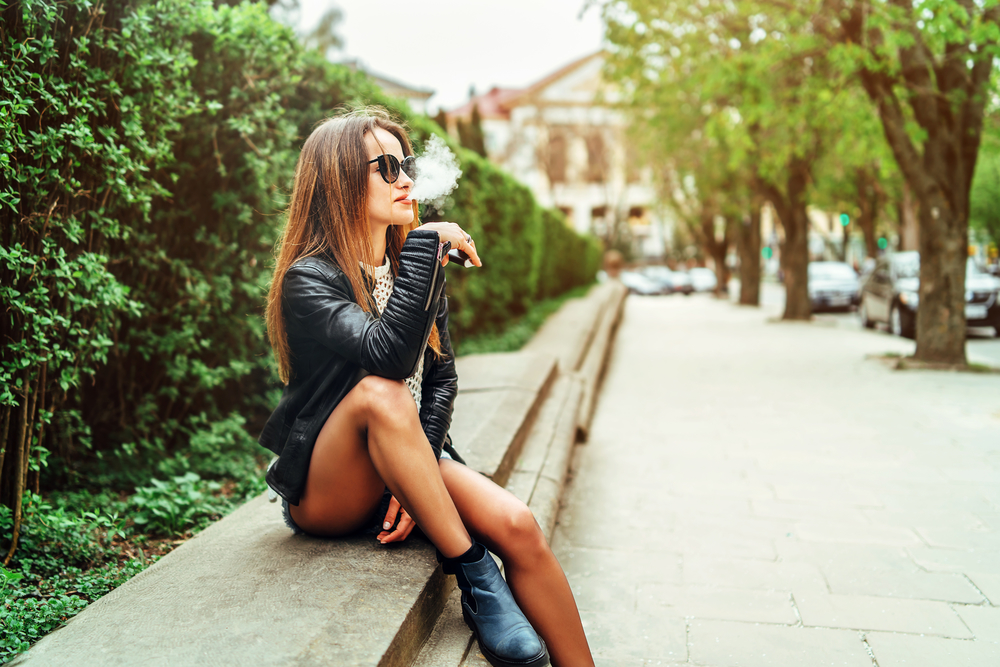 Do you vape regularly? Are you worried vaping might not be as safe as advertised?

There’s no doubt the marketing of vaping as a safer alternative to smoking is the reason behind its increasing popularity. But is this the case? Is vaping dangerous?

In this article, we’re exploring the dangers of vaping.

If your only reason for picking up a vaping habit is to help you quit smoking, we have some bad news.

A George State University study examined 1,284 adult smokers who had turned to vaping as a quit-smoking tool. Turns out 90 percent of them were still smoking cigarettes one year after the study kicked off. What’s more, 37 percent gave up vaping and returned to cigarettes!

Yes, some earlier studies established vaping does help smokers quit cigarettes, but it’s clear the force is shifting. The FDA, for instance, is planning to ban the sale of most flavored e-cigs in retail stores.

Why else would a government agency pull such a move if something dangerous wasn’t steaming in those vape mods?

The Nicotine Is Still There

Nicotine is the substance responsible for the highly addictive nature of cigarettes.

Now, the good thing with vaping is you get to choose the substance (in the form of an e-liquid) you want to vape. But if you choose a nicotine e-liquid, you’re not doing yourself any favors.

Although vaping exposes you to lower nicotine levels than cigarette smoking does, you’re still not safe. Inhaling tiny doses of nicotine regularly adds up, increasing your exposure to potentially deadly conditions such as asthma and lung cancer.

The vapor (aerosol) your inhale contains harmful particles which increase your risk of ailments such as asthma and constrict arteries. In fact, according to the American Nonsmokers’ Rights Foundation, the particle concentration in aerosol is higher than in cigarette smoke.

The Risk of Fire

You’d think vaping is the safe option because you don’t need a match or lighter, but you’d be very wrong. Between 2009 and 2016, there were 195 e-cigarette explosions and fires.

Sure, this is a small number compared to cigarettes, but a risk nonetheless. Even though vape kits such as Smok Stick v8 have a high fire safety rating, lack of proper battery care or incorrect assembly can cause a vaping device to explode and catch fire. Visit this vape site to get better idea of vaping safer.

Is Vaping Dangerous? The Bottom Line

Whether you’re looking to start vaping or already vaping regularly, it’s understandable that you’re asking the question: is vaping dangerous?

In the early days, vaping was thought to be a safer alternative to smoking. But as more researchers begin to dive into the subject, the emerging evidence is overwhelmingly suggesting otherwise. From exposure to health risks and the potential for explosions and fires, vaping is clearly dangerous to you and the people around you.

While we’re still on the topic, be sure to explore our site for more health and self-improvement insights.